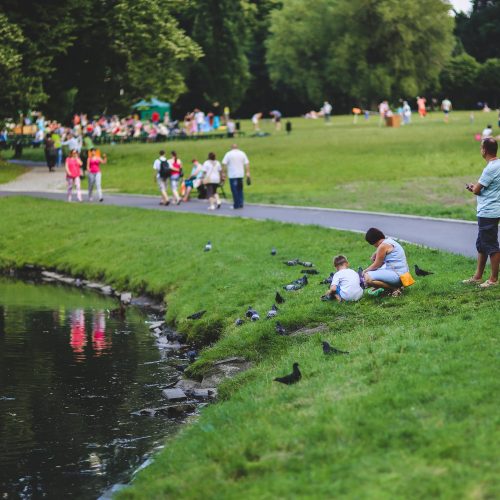 On Saturday we hosted our very first Noisy Picnic. We gathered together as foster & adoptive families in a local park and told stories, shared experiences and chased our kids around the flying fox.

It was so, so great to gather together, to the hear stories of those whose walks were similar yet different, to hear from new friends about their journey and to sit with each other in the challenges. There was a common thread – we kept hearing ‘thanks for starting something like this’. A space to just be together and share. It really highlighted the need we already felt for foster family support within our communities.

However, as much as we gathered to sit with each other, we also gathered with intention to raise the profile of foster care in our state. Many of the stories we heard from carers were gut-wrenching stories of children losing loving, stable placements over and over again, and foster carers fighting uphill battles with the various departments of the child protection system to support the kids they care for. The stories echoed similar tones to those we heard from children who spoke at the 2019 National Permanency Conference. Many children who had seen over 20, 30 and some over 60 placements in their lives before exiting care without much support.

It was tough to listen to; there were tears & hugs from nearly everyone. It’s part of the reason we started Noisy Picnics. There simply has to be more we can do for our kids. Right now, in QLD alone there are over nine thousand children who live in out-of-home care, a significant shortage of carers, and very few who receive a plan of permanency. And yet, we know that relational and physical permanency for children in secure homes and families is what gives them the best chances for recovering from previous relational trauma.

In fact, the most prominent child development and psychological research tells us that relational stability, and secure ‘felt-safety’ for children helps them be able to establish relational connection with caring adults and that, in turn, can bring healing to children who have previously faced relational hurt and subsequent developmental impacts. (See this helpful article if you want a good place to start to learn more: https://developingchild.harvard.edu/resources/wp3/)

However, our children in care don’t often seem to be experiencing what are the best outcomes or recommendations, such as permanency, and instead often have healthy relationships disrupted over and over again. It’s difficult for all involved, but it’s hardest on the children who are mostly voiceless in their situation.

At the National Permanency Conference last year, I was talking to a leading lawyer for the Department of Child Safety, and I asked her why, so often, children are removed or disrupted from healthy placements, and why our systems seem to work against the best outcomes in so many places. She explained to me the cultural entrenchment of the courts, the child protection system itself, as well as other ins and outs of a complicated legal system. She said that while it was often discouraging, she and her teams worked hard to keep the needs of the children at the centre of each case they worked on.

At the heart of it, we know that Australia has a harsh and ugly history of removing children permanently from families who loved them, as we did with the Stolen Generations and during forced adoptions of the last century. We have become a nation that will often uphold family reunification at all costs, even despite the impact it will have on a child if that family is consistently unhealthy, unstable, unable to meet their needs or even dangerous. While I understand that fear of repeating past mistakes has motivated us to persist with family reunification as our primary goal, we run the risk of making new mistakes for the children of today if we cannot put the child’s needs at the center of our decision-making processes. Safety and security for our children – both physically and relationally –should be our priority before anything else.

So I asked this lawyer what she thought it would take to bring about change for our kids. And do you know what her answer was? “Noise from the stakeholders.”

I was equal parts discouraged and encouraged. Discouraged that it would rely on those with the least power to make the most change while those with the most power could choose to remain unmoved. But equally encouraged, too, because I realised that noise is a relatively easy thing to organise. Anyone can show up and make noise if they care enough. Maybe, we could make a difference.

So we started with picnics. They seem like a pretty futile way to change the world, I know. But we hope that as we gather, we’ll grow stronger together, and that more people will eventually join us. To make more noise. To be louder together. To fight for the rights of our kids and support the families that want to love them well.

As Margaret Mead once said, “Never doubt that a small group of thoughtful, committed citizens can change the world; indeed, it’s the only thing that ever has.”

Stay tuned for the next Noisy Picnic.

Sally Contessi is a registered nurse, and a registered pastor with Queensland Baptist churches and works on their behalf to support & advocate for children & families in our local communities.