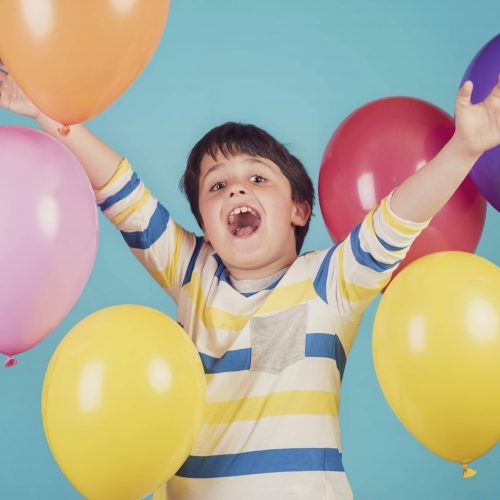 We first met Tommy* when his carers came along to a church service on Sunday morning. He was cuddly, determined, funny, and he carried his action-figure everywhere he went. Tommy was five years old, and he had been in foster care homes since he was a little boy. Most of his placements had lasted just a few months, some just a week or two.

When we met with his foster-carer, she was full of joy talking about him. She told us his favourite characters, his loves, his jokes, talked of his good days – and teared up thinking about his hard days. She told us how she just wished his darkest season was behind him, and how she hoped for joy in his future – free of fear. Here was a mama-heart fighting for her boy.

We joined the fight with her. We threw a party for him and his friends- all themed around being an incredible superhero. His school friends came, one by one, dressed as super heroes, played pass the parcel, cut the cake, ate popcorn –the works. They celebrated their little mate like only five-year-olds know how.

Most of the kids wished him ‘happy birthday’. That’s what it felt like to them. But it wasn’t his birthday. At the cake-cutting time, we didn’t sing to him- instead, his foster-parents shared things they were proud of. They shared things they hoped for him, and things they loved. They were celebrating Tommy’s longest foster placement ever. He’d been with them a whole year. Tommy’s friends’ parents teared up too, a few of them sharing how much Tommy’s story and his family’s care had impacted their lives.

I spoke to his foster-mama the other day. She told me, “He doesn’t remember his own birthday, but he talks about his party all the time. So do his school friends. And when he talks about it, his whole face lights up.” It’s part of his history now- a real happy memory, and it goes wherever he goes. When he was five, his family celebrated him. They proved they were for him, and that he is worth celebrating, just for being here.

“Foster Care can be tough, challenging, emotional – but oh, the joys -and those God-given moments each day, the blessings that come each day, that’s what we focus on.”

*Name has been changed for confidentiality.